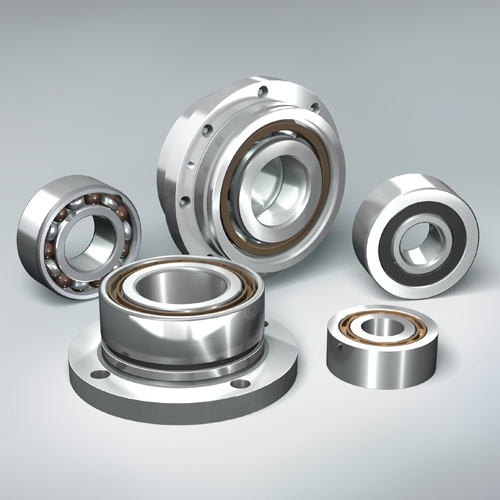 Despite NSK's very extensive range of ball and roller bearings, there are always applications in which standard catalogue bearings are less than optimal. In these cases, NSK works closely together with the user to develop bearings that are precisely adapted to individual applications and also available to suit the customers schedules.

As one of the three largest bearing manufacturers in the world, NSK strives to offer the optimum bearing for every application. This applies to commodity applications and to areas of use that place extreme demands on the performance and life span of bearings, for example, the steel industry, automotive accessory, and wind power technology.

Expert engineering & flexible manufacturing required
Although our standard production programme is extremely broad and includes highly specialised designs, it is nevertheless often necessary to find custom solutions for individual applications. That is why NSK has established a comprehensive engineering support division that offers elementary and comprehensive application consultation. If an optimum solution cannot be found in the existing programme, a solution is developed and manufactured. For this task, there are manufacturing plants in the global NSK production network that are especially flexible and capable of producing even small batch sizes according to the highest quality standards.

Based on user requirements
These developments are always based on user requirements or the improvements they need to an existing solution. This was the case, for example, with a global manufacturer of lifts and escalators, who approached the NSK application advisers with a very specific issue. The bearings used by the company required a complex installation process that did not always result in consistent quality.
As a result, there were early failures of the bearings and thus of the entire lift.

Lift technology:  From specifications to special bearings in a flash
Initially, NSK and the lift manufacturer worked together to develop specifications defining the concrete requirements for the bearing. These included, among other things, the maximum load ratings, the working axial and radial loads, rotation speeds, as well as the requirements for lubricant, operating conditions, and bearing life span. Of course, simplified installation was another requirement included in the specifications.

Based on these specifications, NSK developed a flanged bearing that met all of the technical requirements, while also being much easier to install. The bearing type is a double-row angular contact ball bearing with a split inner ring. The seal to the transmission oil side is provided by a shaft seal ring that was also integrated into the flanged bearing.

Short processes, short time to market
The development of this bearing only took a week. In the subsequent two days, the user tested and approved the technical specifications. In the next step, NSK determined the costs for the bearing and began pilot production. Once a 15-week test of the bearing had been carried out to the complete satisfaction of the user, mass production was able to begin.

Overall, the cycle time of this project, from first contact to mass production (in-cluding the 15-week test phase) was just under 32 weeks. The time could also be kept so short because the bearings were manufactured in one of NSK's German manufacturing sites specialising in special bearings. This plant can respond flexi-bly to individual requirements and is capable of economically producing even smaller series with short lead times and at the highest level of quality.

Agricultural machines: A pulley for extreme requirements
A manufacturer of attachments for agricultural machinery was also unhappy with an existing bearing solution. The company produces rotary hay rakes, which farmers use to gather harvests such as hay or straw. The pulleys in these machines are subject to high mechanical loads and must be carefully sealed due to the dirty environment.

The machine manufacturer and their customers were not impressed by conven-tional pulleys because they failed very quickly. After an analysis of the operating conditions, NSK suggested using pulleys with fortified outer rings and a special seal. The lubricant was a grease developed in-house: increasing the bearing life span under unfavourable operating conditions by approximately 10 %. Due to tight scheduling requirements, the prototype and series were produced in just four weeks. The two-week test phase was entirely satisfactory, with the result that the manufacturer approved the prototypes for series production after six weeks.

Woodworking machinery: improved table guidance
Another example of the development of a customised pulley comes from wood-working technology. A machine manufacturer was using double-rowed pulleys with a special outer ring contour for guidance on a wood processing machine. This was the only way of guaranteeing the precise operation of the advance units and ultimately the required processing quality. However, there were frequent problems with the guidance in practice: installation with the desired tolerance was not always possible during production. In addition, the pulleys were frequently installed incorrectly because they were not marked with the correct installation orientation. NSK determined individual tolerances and specified the tolerances on the developed pulleys. These were approved for mass production within 16 weeks. As a result,  the pulleys can now be installed without error and guide the machinery with the required precision.

Pulleys made to order
In both of these projects, NSK was able to draw on extensive experience in devel-oping and producing customised pulleys. In design, the pulleys correspond to a pair of single-row angular contact ball bearings with a fortified outer ring. Thanks to special shields and packing disks, the resistance to contaminants can be in-creased. Cylindrical and spherical external rings are also possible. With the ap-propriate design, the races can also accommodate tilting moments.

Bearing unit for motor coach gears: € 37,000 saved annually
A gear manufacturer turned to NSK because there were frequent failures in a mi-tre gear for coaches. Several parts from a variety of manufacturers were used in the bearing position. Their assembly was so complex that the staff inevitably made errors – with the result that the efficiency of the bearings was reduced and there were unscheduled downtimes for the coaches.

NSK developed a flanged bearing that integrates all of the functional units and is easy to install. The 27-week test phase endorsed the design. There were no fail-ures during the period. The special flanged bearing design is naturally more ex-pensive than the previous solution, but since failures were reduced to zero, instal-lation and warranty costs were eliminated. Annual savings thus amounted to € 37,733. In addition, the manufacturer's customers are happier because there are no more unscheduled downtimes.

Individualised engineering pays off
These examples show that there are excellent reasons to use individually devel-oped bearings – and that it is possible to control both the engineering costs for such development and the time period from design of the bearing to prototypes and on to mass production. Quick response times apply from the very first con-tact. Queries regarding new and custom designs are processed within one week; for binding information on price and delivery, customers only have to wait 48 hours. If materials, components, and tools are available, NSK can deliver the de-sired bearings within 15 days. For volumes as low as 1,000 units, manufacturing can be carried out economically at plants specialising in special bearings.